Welcome To The Bridge Research & Consultany 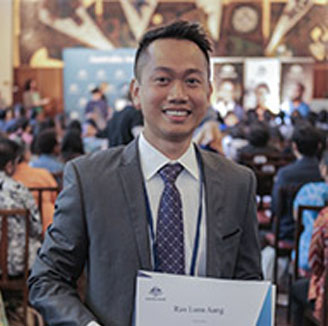 Ran Lunn Aung, a director and founder of ‘The Bridge’, earned his Master of Public Policy from the Australian National University in December 2018 on Australia Awards scholarship. He teamed up with his colleagues in the founding The Bridge research and consultancy company.

Previously, Ran Lunn Aung worked in the non-profit sector for more than a decade, as an educator of democractic knowledge for youth, a multi-party dialogue facilitator for political parties, a policy advocate for national youth policy in Myanmar and a development practitioner in various civil society networks. He is also an experienced translator and a language teacher. Being a member of Board of Directors at The Bridge, he manages operation of many consultancy projects for many international and local organizations. His other roles as a consultant and researcher at The Bridge, he has conducted many research projects, leading research teams. His experiences in research include: donor mapping for civil society organisations in Rakhine State; assessment of the roles of community-based paralegals in promoting access to justice in Myanmar; identifying best practices of civil society organisations in promoting good governance in Myanmar; collective leadership of village tracts community-based organisations in community-led development process in Kayah State, exploring roles, mandate and structures of political party youth wings in Myanmar; exploring harm-reduction efforts in Rakhine, Northern Shan and Kachin States; monitoring conflicts and humanitarian situations in Rakhine State; and election monitoring and observation of 2020 general elections.